And accurate words I believe. Data from market analysis firm CoreLogic shows Adelaide house prices rose 19.1 per cent in the 12 months to September 30, and 5.3 per cent in the past quarter. This is the fastest 12-month pace of growth since 1989 and significantly above its 30-year average!

However, before everyone hits the panic buttons let’s temper this with the fact that according to the CoreLogic data released in September that Adelaide is still the second cheapest of Australia’s eight major cities!

What has us enjoying this unprecedented growth?

Essentially, we are experiencing the conditions for a perfect storm.

Interest rates remain at the historic low of 0.10 per cent and if I can be so flippant that means money is cheap.

We have seen an influx of cashed-up SA ex-pats or interstate buyers wanting to return or live in Adelaide as other states grapple with rising COVID cases and repeated lockdowns. We also have interstate investors, priced out of Australia’s larger capital cities, turn to Adelaide, attracted to our high rental yields, low vacancy rates and strong capital growth. The majority of our investor clients are enjoying rental yields in excess of 4.7 to 5.5% and vacancy rates are currently sitting at 0.6%.

Supply has remained consistently low for the last year. There is a growing list of popular or hot suburbs in Adelaide and people are hanging onto properties in these areas. The Adelaide Hills region, Coastal Regions and City-Fringe locations are leading the way in low supply, with sky-high demand.

There is essentially lots of buyers and not enough sellers!

However, the opportunities are still there for the astute buyers that are patient, watch the market closely and pounce when the right opportunity becomes available. You really need to keep a level head in this market, do your research and don’t let stress and frustration lead to you making a bad decision and throwing your money away. This can be difficult for homebuyers who might be frustrated from continually missing out and may consider paying over market value to get their “dream home”.

As we hit Spring, we are thrilled to see more quality stock filtering through. However, we need much more to cool this red-hot market! CoreLogic, reported in September that Adelaide is one of the three capital cities with a new listings trend that is higher than its five-year average. However, only just at 1%! At this stage, selling conditions remain in favour of the vendor, but if listings continue to lift throughout Spring and Summer it should help to restore the balance.

There are the beginnings of whisperings about whether the reserve bank will leverage interest rates or tighter credit conditions to temper the national property prices growth rate.

In fact, the Federal Treasurer, Josh Frydenberg met with financial regulators in September to discuss the hot housing market and gave them the go-ahead to consider clamping down on high-debt home loans.

There are several predictions on who this clampdown would affect the most, investors seem to be at the top of the pile as investors are the group more likely to take on more debt.  However, it could affect the prestige end of the market too as property prices are significantly higher and there are some concerns that First Home Buyers who may be on lower incomes may also be impacted. If large groups of buyers start finding it more difficult to secure loans, this could reduce competition and slow down price growth nationally. However, it may turn more investors towards Adelaide’s cheaper price point. There is no timeline set at this stage so we are just watching this space.

It can be quite hard to judge where purchase prices for homes sit in the current market, creating a lot of confusion. Even comparing to nearby like-for-like properties that have sold in the last 6 months isn’t providing a clear estimation because price growth is so fast. It is important to always keep your end goal in mind and you may need to widen your search, whether that is different locations, shifting on budget or increasing your flexibility on criteria. That doesn’t mean buying something substandard it means really understand what you are trying to achieve and maybe looking across the road to find it.

And as a final thought, Adelaide’s buy–in price remains one of the most affordable capital city prices in Australia. And it doesn’t matter if you are chasing lifestyle or to increase your wealth through investment there are opportunities for everyone. 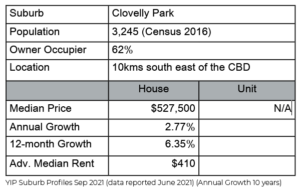 At only 15 minutes to the city, or the beach, close to shopping centres, public transport, schools (including universities) and offering large allotments for families or developers Clovelly Park has lots on offer.

Clovelly Park is an inner southern suburb approximately 10 kilometres from the city centre. Located in the transport corridor, you can really get to anywhere from here. The suburb has some lovely quality homes and is popular with growing families. In the last year, the suburb has experienced significant growth and will continue to do so as more families and developers are attracted to its superior location and large blocks. Currently, the suburb remains largely owner-occupied, however, investors and therefore renters are on the increase.

The suburb lies adjacent to South Road to the east, and Marion Road lies a short distance to the west. South Road is the main north–south arterial road in Adelaide, and thus it provides rapid access to a large portion of the city.

Clovelly Park is well serviced by public transport. Frequent buses run along South Road and a few through the centre of the suburb. Mitchell Park Train station is on Clovelly Park’s south-eastern border and Ascot Park, with more frequent services, is just outside its north-eastern border. Depending on where you live in the suburb you should be able to walk to one of these train stations.

There are few shopping options nearby. Located on the suburbs eastern border on South Road is several commercial shops and trade centres but also servicing the locals is an Aldi, a chemist, hairdresser and a gym.

You also have the choice of a number of shopping centres nearby including Park Holme Shopping Centre, Castle Plaza Edwardstown and within a 10-minute drive, you have over 342 stores at your fingertips at the largest shopping complex in Adelaide the Westfield Marion in Oaklands Park.

There is easy access to local schools including but not limited to Clovelly Park Primary, Hamilton Secondary College, St Bernadette’s Catholic School and Sacred Heart Middle School. A kindergarten is next door in Mitchell and an Early Learning Centre provides childcare in Clovelly Park.

You are also only mere minutes from Flinders University Tonsley. Which is a $120 million hub of innovation which centrally locates the University’s teaching and research in computer science, artificial intelligence, defence and national securities, autonomous vehicles, information technology, engineering and mathematics. Popular with students and medical professionals

There are a number of small reserves in Clovelly Park.

The largest park is Rosslyn Avenue Reserve, and it has a playground, seating and a playing area.

Buyers love the nice tidy streets and quality homes on large blocks however there are definitely pockets that are better than others in this well-located suburb. Avoid buying too close to South Road, especially with the upgrades due to take place along this pocket, with many houses being acquired by the government as part of the expansion project.  It is important to ensure you do your research to avoid where the expansion will push out to. 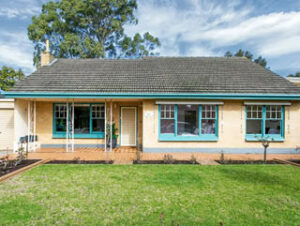 This solid brick, one-owner home is on a generous sized allotment of approximately 699 sqm with a width of 17.06 m and a depth of 41 m. 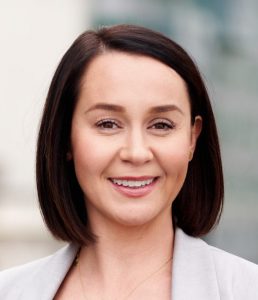 Katherine Skinner began her career in property over a decade ago in Melbourne working in Buyer’s Advocacy and Property Management. Returning to her home town of Adelaide in 2009, Katherine quickly established a reputation as an exceptionally thorough and diligent practitioner, providing outstanding customer service coupled with a calm and positive attitude while working with some of Adelaide’s most highly regarded agencies. Katherine was named the REISA Buyers Agent of the Year 2 years running, a REIA National Awards 2019 Finalist and is the current South Australia representative for REBAA.